How Are Personal Injury Claims Investigated? 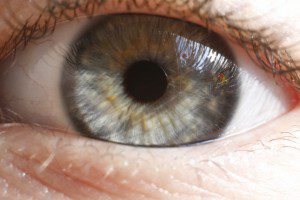 Personal injury claims are nearly always investigated by insurance companies to varying degrees.  The existence of pre-existing conditions is nearly always discovered, for example.  Such conditions can be developed in exhaustive discovery of medical records, then through ‘independent medical examinations’.

The insurance industry has a central indexing bureau that notifies them at the beginning of a claim as to any and all prior claims by that person.  The central index keeps track of and reports all kinds of claims, even if only for a property damage claim or a single medical bill payment after an accident.

The fact that a person may have had previous issues does not prevent a claim.  The negligent party is liable for all damages that represent an aggravation of any pre-existing condition.

Insurance companies often do video surveillance which can severely harm a claim.  Video cameras are now very small and of higher quality than they have been in the past.  Any claim can be investigated, but video surveillance is often used on workers compensation claims.

For example, if the injured person has made a statement that they can no longer reach groceries on the top shelf or carry grocery bags to and from the car, they should not be surprised later to see a video of them in the grocery store reaching a jar of pickles off the top shelf, and/or loading bags in and out of the car.  I’ve seen that, and many other such videos.

Insurance companies sometimes do the obvious, like going out and interviewing every potential witness to an injury as soon as possible.  By reducing the witness statement to a signed writing and using a friendly adjustment company, they are more liable to swing the witnesses their way and lock down favorable testimony early.  Other times they’ll use less obvious techniques like hiring metallurgic engineers or others to claim that damages to a car do not match injuries to passengers.  These are only a few of many tools in the investigative toolbox.