BANKRUPTCY: Is ADHD A Defense Against Not Disclosing All Assets? 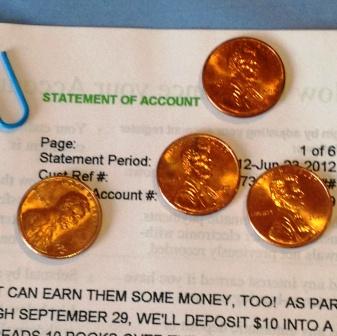 Bankruptcy filing requires truthful, complete disclosure of all assets, income and debt.  But, the bankruptcy petition, schedules and other forms go on for pages, presenting many questions and issues.  One debtor claimed the medical condition of ADHD (Attention Deficit Hyperactivity Disorder) prevented him from comprehending everything.  He claimed his failure to include everything was caused by ADHD and was not intentional neglect.

In the case, the debtor who filed the bankruptcy petition failed to disclose three bank accounts opened shortly before the commencement of the case.  A part time consulting business with an outstanding account receivable also failed to show up on bankruptcy schedules.

A neuropsychologist testified on the debtor’s behalf.  The physician stated that a person with ADHD would likely fail miserably at correctly and completely preparing bankruptcy schedules in a way that would properly disclose all property.  The testimony was that a person with ADHD would be unable to sustain attention and would be “plagued with problem solving and memory problems.”

The issue for the court was whether the debtor knowingly and fraudulently made a false oath relating to a material fact.  Here, the court found compelling evidence of intent to falsify the list of assets.  One key fact was the debtor’s setting up a system enabling him to deposit income in undisclosed accounts, thus shielding income from the reach of creditors.  Bank account statements were shredded.  On these facts, the court held that such conduct undermined the argument that ADHD removed the debtor’s capacity to knowingly or intentionally conceal assets.

There were unique facts in Robin Singh Educational Services, Inc. d/b/a “Testmasters” v. Thomas P. McCarthy, decided August 27, 2012 in the U.S. Bankruptcy Court for the District of Massachusetts.  The debtor held two masters degrees and worked at Harvard Graduate School of Education in an information technology position.  There was also the side job as a web consultant.

Perhaps explaining the reason for the bankruptcy filing, a company by the name of Testmasters had a court judgment against the debtor for over $624,000.  Testmasters challenged the bankruptcy and the court found the debtor’s real intent was to “obfuscate and delay”.  So, under section 727 of the U.S. Bankruptcy Code, the debtor’s discharge was denied, and the judgment and all other debts remain in full force.