Can You Sue a School? When, Why and How? 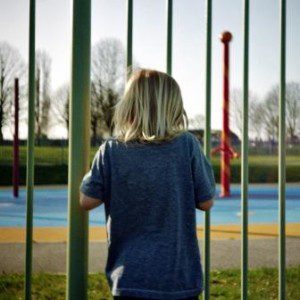 Each state, and the federal government, has enacted its own laws imposing specific procedures which must be followed precisely before a claim can even be considered in court. This article looks at the Massachusetts law.

A High School teacher gave his class a football and instructed the class to go outside.  Two teachers led the students to the school’s football field.

As the facts are stated in the case, the students were not directed or told to play tackle football, but they were allowed to do so.

During the game one student was tackled from behind, causing serious injuries including a broken leg.

Issue: Is the School Liable?

Under the Massachusetts Tort Claims Act, the state and public schools are subject to liability under certain circumstances.  But, certain exceptions remove liability.  Immunity from a law suit is allowed:

The problem in this case is that the “originally caused” words have been interpreted to mean an affirmative act by a public employee is required in order for liability to attach.  The court in the football injury case decided that simply allowing students to play tackle football, or failing to stop them from playing the game, does not qualify as an affirmative act under the law.  So, dismissal of the case by the trial court was upheld on appeal.

Are All Cases Dismissed?

The court distinguished this case from another in which an elementary school student sustained serious injuries during recess when he was pushed and fell, striking his head on the sharp corner of a concrete and brick bench-wall.  In that case, a school principal actually led the first-graders out to the concrete courtyard when there were alternative play areas.

The court there explained that the principal’s affirmative act of ordering the students to take recess in the dangerous area was the original, foreseeable cause of the situation that led to the injury.

Deciding whether a case can go forward based on an affirmative action is purely a creature of the Tort Claims statute.  The classic legal definition of negligence holds one liable for acting or failing to act where a reasonable person would have done so to prevent foreseeable harm.  But this is one of many barriers imposed in a law passed by lawmakers who grudgingly decided to allow lawsuits against governmental entities, but only under the rules they write and on the playing field they design.

Photo credit:  Back to School by Nick Page on Flickr.  License.

The cases reviewed in this blog are: