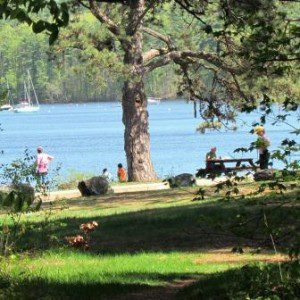 Recreational use statutes encourage property owners to open land to public use.  Sometimes called public use statutes, these laws shield property owners against liability for personal injuries sustained by people using the land for purposes stated.  Where followed correctly, these laws prevent liability claims for both public and private property.

Most states have recreational use statutes in some form.  They protect property owners against accident claims caused by negligence.

So, in the absence of wilful, wanton or reckless conduct, the laws protect property owners against liability claims.  Some statutes protect against all but intentional misdeeds by the property owner.

Courts view recreational use statutes for what they are and are reluctant to expand the liability protections beyond the specific purposes of the laws.

Failed Attempts to Use Recreational Use Statutes to Block Injury Claims

The Massachusetts Supreme Judicial Court refused to grant liability protection to a city owned school when a parent slipped and fell on snow and ice while attending a parent-teacher conference.  The Massachusetts public use statute prohibits negligence claims against landowners, including the government, who open their property for recreational, educational or other listed purposes without charging a fee.

But here, only students, parents and teachers were invited to participate, removing the claim from the law’s protection.  In Wilkins v. City of Haverhill, decided May 9, 2014, the court rejected the city’s motion to dismiss, pointing out the law’s protection is invoked only where the entire public is invited.

Neighboring New Hampshire refused to protect a private property owner against an injury claim when a two-year old attending a birthday party stumbled into a pond and drowned.  The Supreme Court there pointed out the statute’s protection applies only to landowners who open their land to the general public.  In this 2005 case, Estate of Gordon-Couture v. Brown, the land and pond were open only for a private birthday party.

Proper Purpose of Recreational Use Statutes

The Massachusetts public use statute kicked in to protect the city of Boston against a claim by a bicyclist who, while riding through a city park, slammed into an unlit gate across a bike path.  The cyclist claimed his purpose was not recreational, that he was riding home from a store.  But, the Massachusetts Supreme Judicial Court held in the 2003 case of Ali v. City of Boston that looking into the cyclist’s subjective intent would undermine the purpose of the statute, encouraging free public use of land for recreational purposes.

Claims for injuries suffered as a result of government negligence face many traps.  Suing the government presents many hurdles, as explained in another blog article.  Recreational use statutes have a purpose and a place.  But attempts by property owners to stretch the laws beyond their intended purpose require vigilance by experienced legal counsel.

One thought on “Can Recreational Use Statutes Stop Personal Injury Claims?”