Can You Sue a City or Town for Failing to Remove Snow Properly? 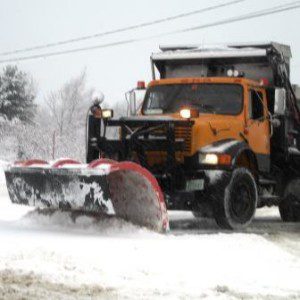 Can I sue the city or town for failing to remove enough snow?  I got into an accident because the road was still icy.

You “can” sue but the case has a snowball’s chance in you know where. Why?

In the early days of U.S. legal history “sovereign immunity” literally meant you could never sue any level of government.  These old laws came over from the old country, where the law formalized the reality that the King could do no wrong and how dare anyone question it.

The idea of never suing the government melted away in the later part of the 1900s when the Federal Tort Claims Act and similar changes in many states allowed limited suits against governmental entities.  But allowing suits against the government had many limitations and excluded many perceived “wrongs”.

Snow, Ice and Other Weather Hazards

New Hampshire’s law on whether cities and towns are liable after clearing the snow is very harsh.

This article focuses on the NH law.  But, many other states have similarly tough laws in this area.  Click here.

The actual New Hampshire law delivers a tough message to those injured in snow accidents who feel that a city or town failed to remove snow and ice correctly:

“A municipality or school district shall not be held liable for damages arising from insufficiencies or hazards on public highways, bridges or sidewalks, even if it has actual knowledge of them, when such hazards are caused by snow, ice, or other inclement weather …”

The same law protects the city or town as long as it was removing the snow according to a “weather maintenance policy” that it adopted ‘in good faith’.

One way around the harsh law is that this liability shield for the city or town does not apply if the municipality was ‘grossly negligent’ or was in ‘reckless disregard of the hazard’.  Practically speaking, these are tough burdens to prove.

In one actual New Hampshire case a woman was injured when she drove over a manhole cover displaced during a heavy storm.  She lost her case, and her loss was upheld at the highest level of appeal.  The NH Supreme Court upheld the trial court’s jury instructions to hold a city harmless where hazards are caused “solely by snow, ice or other inclement weather” and the city’s behavior was without “gross negligence”.

In another case, a woman claimed injuries after slipping and falling on ice in a municipal parking lot in Laconia.  Her case went down in the trial court.  The NH Supreme Court cited the above law, holding a city or town is not liable “even if it has actual notice” of a snow and ice hazard.

In cases of serious personal injury caused by neglect and gross negligence on the part of those at all levels of government, there are times that civil actions provide a remedy.  But, when it comes to snow and ice, the rules of the road require motor vehicle operators to observe “due care in the circumstances”.  One circumstance, snow on the road, invokes a duty under the law to use greater following distances and lower speeds.

Attorney Andrew D. Myers is a personal injury attorney in the snow states of Massachusetts and New Hampshire.  If you have suffered an injury due to the negligence of another driver in a car accident, contact our office for a free initial consultation.

The cases cited above are:

3 thoughts on “Can You Sue a City or Town for Failing to Remove Snow Properly?”