Can you sue a Native American Owned Casino? Casino Law. 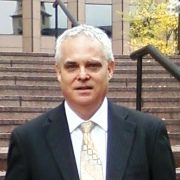 Q: We went to one of the casinos in Connecticut and my wife slipped and fell on a puddle of water that was coming out of a cooling unit in a restaurant. Can we bring a claim against, and potentially bring a lawsuit against, a Native-American casino for medical bills and other damages?

A: When you are inside one of the Native American operated casinos, whether in Connecticut or anywhere else, you are essentially in a foreign country. As with travel to any foreign country, they have their own laws. Connecticut law does not apply.

In addition to the fact that the familiar U.S. law does not govern claims for injury inside a Native American operated casino, so too are you required to proceed through tribal courts if any courts at all. Many personal injury attorneys tend not to pursue these claims so that you and your wife should search for an attorney in that area who has handled such claims and who is accepted as a tribal law attorney in the forums there.

Under federal law, the casino operators are domestic dependent nations, granted the sovereignty to enact and administer their own laws. There are certain exceptions, but this is why you need a tribal law attorney to review all the facts and advise you on how to proceed.

Q: My roommate’s laptop screen broke during a party at our apartment. It started out as a party of some of my friends, but when my roommate realized, he invited some of his friends. He claims that since it was my party and that more of the guests were my friends that it is my responsibility to pay for repairs. If he takes me to small claims court will I be found responsible for the actions of an unknown guest, maybe his maybe mine?

Something you should know is that in any civil case the burden of proof is ‘by a preponderance of the evidence’. This is far lower than the ‘beyond a reasonable doubt’ standard in criminal cases. What that means is that civil claims must only be shown to be more likely than not, or that the evidence would ‘tip the scales’ in favor of the person bringing the claim.

So, if the roommate comes up with more information than is in your question things might go the other way. On a practical level, why not get one or two estimates for the repair and then consider splitting the cost. After all, both of you had friends at the party and unless someone fesses up, this saves the cost and hassle of going to court.

This column, originally published in the Derry News on August 13, 2015 was written by North Andover, Massachusetts attorney Andrew D. Myers. Myers is a personal injury attorney in Massachusetts and New Hampshire.

Tags: About the Lawcan I sue a casinocasino lawnative american law.